Alright… so I really hate doing race reports but I feel I should do one for this race so I can try and figure out why my legs blew up!

Pre Race- Woke up at 4:20 had a light breakfast and started drinking fluids. We arrived at transition around 5:10 to set everything up and headed over to swim start which is about 3/4 mile walk at about 6:00. On the way over to swim start I ate a honey oat bar and sipped on my SkratchLabs Hyper Hydration. About 30 min before my swim start I had a No Caffiene PowerBar gel and continued sipping on water.
Swim- Why they decided to start one of the fastest Male 30-34 AG last except for the few wetsuit swimmers I have no idea. So onto the swim. I felt my swim went very well and even picked up a lil group to draft from. I ended up going 34:03 in the swim which comes out to 1:45 per 100m.
T1- Came pout of the water and ran about 1/2 mile to transition which I felt helped get the blood flowing again before getting on the bike. Only issue I had here was there was no hoses to get a quick rinse from the saltwater but oh well….
Bike- Hopped on the bike and we had a nice lil tail wind on the way wayout. I started hydrating right away on the bike so I didnt fall behind. I waited for about 15 min to let my HR come down a little before I started my nutrition cycle. Approx 15min into the bike I took my first Salt Tab and repeated every 30 min till bike finish. Power Bar gel I started 30min into the bike and repeated every 30 min till bike finish. For fluids, I took in 2.8 bottles of fluid in the first hr which were SkratchLabs Exercise and then went to the on course Gatorade which I was taking in about 2.8 to 3 bottles an hour. Every aid station I grabbed a bottle of water to spray myself down. I was holding a consistent 270 watts thru out the bike and ended up avg 268 watts overall which was about 10-12 below what I was anticipating. I pulled back a little because I knew I was gonna have a ferocious run course ahead of me. Overall, I was alright with my bike as I did 2:38:32 at 21.19 mph.
Again though, I feel I could of went a little faster if we hadn’t started as the last wave and had to constantly dodge people on the bike course!!!
T2- Came off the bike with my legs feeling alright and was really anticipating a sub 2hr 13.1 run….
Run- I came out of transition running and actually my legs felt OK. I had to piss for about the last 10 miles on the bike but never could get comfortable enough to; so right outta transition I hit a porta potty and went. Off running again and laughing now about how at 1 mile into the run my legs said, “Fuck You, we’re done running today”!!! Not really sure what happened except my legs went to shit. I pushed as much and as hard as I could to get them to go, but it wasn’t gonna happen that day!! The run course is hands down the toughest run course I’ve done to date. If your reading this report as to what to expect DO NOT take this run course lightly! Its no joke! I ended up running a shitty 2:35:02 at 11:50 pace. 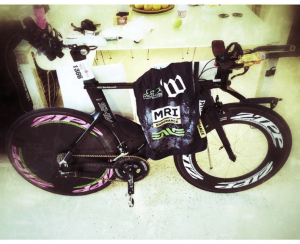 Oh well, it’s time to train some more and get ready for Kemah Olympic where I’m coming out swinging. I ended the season with Galveston 5150 Olympic last year and raced being super sick coughing up shit/super drugged up. So I’m looking for a redemption race from that and a redemption run from this 70.3 at Kemah Olympic before racing Ironman Texas, May 16.
I’ve gotta say THANK YOU to all my Sponsors and my new team Moxie Multisport for all the support you guys give! I wouldn’t be where I am now without you!
Also, HUGE thanks to AJ Baucco for my new fueling plan. I cant say enough about AJ and his plans, I highly recommend you contact him for all your nutrition and coaching needs!!! 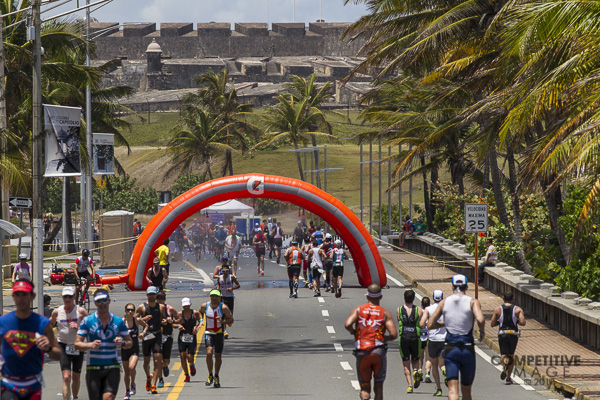 Dustin and I have been keeping busy with work, training, life, etc… so I thought since we haven’t blogged in a while, I’d sum it up in bullets what has been going on with each of us… Christmas – Dustin got me new tri cycling shoes… he knows the way to my heart (only to have to ship them back because they were the wrong size – better shoes than clothes ;)) – I got him new Newton’s and Wattie gear only to have him ask ‘where’s the big one at?’ – I let him know his custom Dash saddle was a one time deal and he shouldn’t have gotten used to it. New Years – Dustin was still at work… so we both trained at our separate locations… wild times I tell ya!

Teams Dustin is now part of Moxie Multisport and all things bad ass on their national team! He couldn’t be more stoked to be part of this amazing ‘crew’ of triathletes associated with Wattie Ink!!

I’m sure he’ll have more to say soon about his new team and sponsors (and go check out Nature’s Bakery, one of Moxie’s sponsors; I promise you, you won’t regret it – talk about #figlove!)!

And I’m stoked to say that I’ve been named a Skratch Labs Taste Agent for 2015! I’m obsessed with their hydration line from the daily to the exercise, to the emergency, and I’ll be starting with the Hyper sooner than later with Ironman Texas ramping up! Now there’s the cookie mix and it’s an addiction… making more this weekend for fueling with real food on my long bike!

In addition to Skratch, I found out that I was selected to be an SBR Sports, Inc. Ambassador for 2015. TriSlide, Foggies, TriSwim, and Dermasport are all amazing products and I am honored to be part of their team this year! (Make sure you find me in San Juan… I have a feeling there’s samples coming from the mainland! ;))

Training Shits getting real in the Adams-Bernatovich household! We are a couple weeks out from race day in Puerto Rico. We can’t wait to see our good friends from Boston (well, we hope we get too – you know they’re dealing with a little bit of snow right now) and Colorado… this course looks fun and a little challenging for the hill impaired (I don’t do hills, not even little one’s… ugh!)

This weekend I’m heading up to ride the Ironman Texas course for a few hours. I’m looking forward to hitting the open road and probably seeing some others out there! Dustin is stuck at work so he’ll be riding somewhere in the bayou of Louisiana – totally ready for him to get home so he can help me get my swim down a little better before PR and to make my training time a lot faster!

What do you have planned in the upcoming days? Any big announcements?