As many of you may or may not know, Dustin and I are heading to Kona, Hawaii this coming Sunday for Ironman World Championships. His brother, Michael (Bib #1808) was one of the 200 lottery winners this year and has been training like a crazy man. Although, he was scheduled to do a Double Iron this fall so I guess the training could have been crazier!  Anyways, we are going out as part of the Team Bernatovich Support Team.

There are many things to plan out as part of the support team as I learned last year at Ironman Florida. I ended up taking the lead for Dustin & Michael in making sure everything I could think of was done to make their race experience to be a positive one at IMFL! I’m going to bullet everything out in creating the best support team experience for the support team and the racers since I’m preparing some important ST things for Kona… 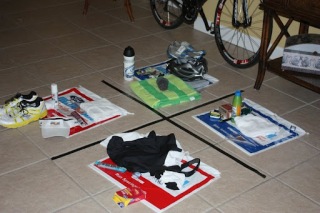 Anyways, those are some of the things I’ve learned in being a support team member and a supporter of everything! Hope these tips help with your experience!!