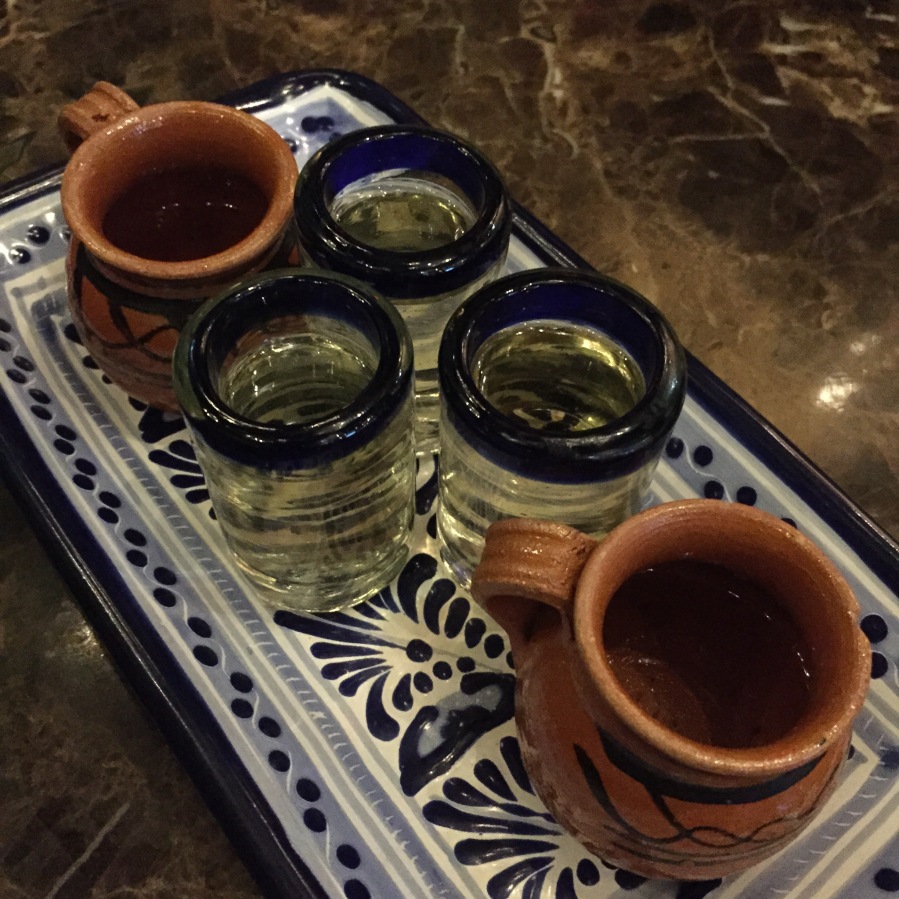 Dustin and I have been kicking around coaching options for a while. We’ve discussed many issues/typical questions a person or tri couple may have. Is this the right move for us? Is it financially affordable for us? What are our long term goals and will that coach be able to get us there? How will this affect our relationship (Dustin’s been my coach for a while now and it comes with its difficulties)?

In Puerto Rico, we were there to really do a check on our current plan in preparation for Ironman Texas. I had a completely shit-astic race. I mean it couldn’t have gone worse for me – it was the mirror’ed opposite of the training I had put in to that point. I had GI issues starting on mile 40 of the bike and was only able to take in a few pretzels and a half banana on the run… I was wiped out [my race report is coming later this week, promise]. The only thing I was happy about was the fact I had beautiful views and the people and tri clubs of San Juan were A-MAZ-ING!

After the race, we went and met up with AJ Baucco and his family. We ended up talking about our shit-astic races a bit [some may have had a worse day than others] and my fueling plan (that obviously didn’t go to plan). The next day, over tequila shots at dinner with our krewe, we started talking about coaching [I know tequila and conversation about coaching = match]. It was pretty general conversation and I found myself trying to sell myself as an athlete/client [I’m blaming the tequila and margaritas]. The conversation kind of died off about that but it was a good conversation and got us thinking a little more.

After we got back and settled on the mainland, Dustin and I had a decently serious conversation about this. Dustin’s known AJ for a while now and he likes him and respects him as an athlete [after spending a day and a half with them together, I realized they’re a lot alike]. I need someone to coach me who I won’t talk back to because lets face it, some relationships are better when your not being coached by the person who lives with you. Also, Dustin and I are realists here – we’re using a pretty general plan from Endurance Planner that we used a couple years ago and it’s working, just not specific to either of us or our current fitness levels, so could we do better? Definitely.

I e-mailed AJ. Dustin and I kicked it around and at first, we were thinking we couldn’t make it work but basically, when there’s a will, there’s a way… we made it happen [because that’s what we do]. We are officially excited to announce that we are ready to take it to the next level with AJ Baucco Coaching [and we’re starting today]! We know that this is the right ‘fit’ for us and we’re excited about what 2015 has in store for us and especially how the next 6 weeks will look as we get into the final push for Ironman Texas!